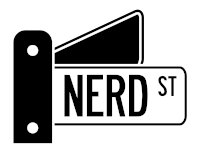 ALL TICKET SALES ARE FINAL. WE DO NOT OFFER REFUNDS.

As of now, we do not anticipate requiring masks or vaccines to attend Twin Cities Con, but with the COVID-19 situation changing on a near week-to-week basis since 2020, we reserve our right to update our policy regarding masks, vaccinations, social distancing, etc. at any time leading up to the con. We will communicate these policies via email, social media, and our website.

Annapolis Comic-Con
March 11, 2023
Byzantium Center, Annapolis, MD
For more info about ACC, go to www.annapoliscomiccon.com
If you are interested in exhibiting at ACC, Click Here to see our Exhibitor/Artist options Weekend Pass – This is a basic admission ticket for DMC, good for both Saturday and Sunday.

Saturday Only Ticket – This is a basic admission ticket for DMC, for Saturday, May 21.

Sunday Only Ticket – This is a basic admission ticket for DMC, for Sunday, May 22.

KIDS TICKETS – Kids need tickets too, but they’re only $10 for the whole weekend!

What’s the deal with “EARLY BIRD” tickets? With Des Moines Con, you can save money by buying your tickets earlier. Our Early Bird tickets are priced lower than our regular prices, but there are only a limited number of Early Bird tickets.

Sugoi Expo Orlando
2023 DATES TBA
Doubletree at Universal, Orlando, FL
For more info about Sugoi Expo, go to www.sugoiexpo.com
If you are interested in exhibiting at Sugoi Expo, Click Here to see our Exhibitor/Artist options

Southern Maryland Comic-Con
October 15, 2022
Capital Clubhouse, Waldorf, MD
For more info about SMCC, go to www.somdcon.com
If you are interested in exhibiting at SMCC, Click Here to see our Exhibitor/Artist options Nerd Street is an event production company started and operated by Ben Penrod. Ben is the founder of Awesome Con, Annapolis Comic-Con, Southern Maryland Comic-Con, Central Florida Comic Con, Twin Cities Con, Des Moines Con, Nerd Street Wrestling, Sugoi Expo, and co-founder of Alaska ComiCon. Ben started reading comics at age 13, and in the late ’90s began selling parts of his collection on eBay and used the money to buy more comics on eBay. This hobby turned into a full-time job in 2008 when Ben started an online comic book store. After spending the next three years traveling the country selling comics at conventions, Ben joined Steve Anderson from Third Eye Comics to create the Annapolis Comic-Con in 2011, soon followed by the Southern Maryland Comic-Con, both still thriving local shows that cater to comic book lovers like themselves. Ben turned his focus to planning Awesome Con in Washington, DC starting in 2012, and the first one launched in April 2013. Awesome Con was an immediate success, and it quickly grew into one of the largest fan conventions in the United States. Ben stepped back from actively managing Awesome Con in 2018, and in 2019 started Central Florida Comic Con in Lakeland, Florida. In 2020, with longtime friend Brett Carreras from the Virginia ComiCon, Ben started Alaska ComiCon in Fairbanks, Alaska. Twin Cities Con was added to the list of Nerd Street events in 2021, and 2022 will see the debuts of Des Moines Con and Sugoi Expo in Orlando.